The conservation and restoration of the Auberge d’Italie has been a journey of discovery. A relatively unknown building with a history known through a handful of published sources has now let go of some of its best kept secrets. The building which survives to date was built in stages over centuries and can be read very much akin to an archaeological site. The exigencies of successive inhabitants also led to a substantial rethinking of the main areas in the building. Unearthing the relevant information and verifying it on site proved to be a multi-disciplinary task employing an extensive and varied range of expertise including researchers, architects and curators. The project has thus been the catalyst of a broad range of discoveries drawing from site-based evidence and a parallel reading of archival and published sources. 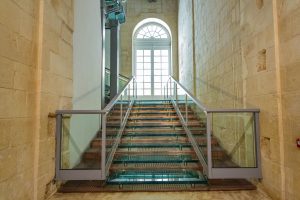 The discovery of the main staircase that once connected all floors of the building was perhaps one of the major developments. The main staircase, originally built to the right of the main entrance, was demolished in 1850 to be replaced by a much smaller stairway connecting Melita street to the top floor. The Scala Grande, as described in archival sources, had a much larger stairwell with cross-vaulted landings. Large French windows, now reopened, were strategically located at each landing, This major intervention remains as yet undated, but it is highly likely that this was funded by the then future Italian Grandmaster Gregorio Carafa (1615-1690) whose bust was later prominently placed on the main façade. 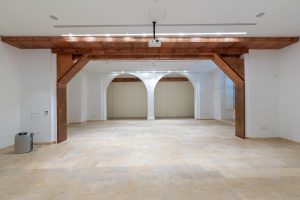 The Auberge d’Italie had a fully equipped kitchen. The kitchen environment and its inter-connected spaces included the main dining hall of the Auberge, known as Il Camerone (or the big room), the courtyard and the private quarters of the donato, a lower rank knight entrusted with the day-to-day chores and management of the Auberge. Much evidence of the original kitchen has been unearthed, including the marks of the hood that once stood over the hearth, the original flagstone floor and cupboards built into the thickness of the walls. A layer of soot and grime still covers the high walls.

The previous Auberge is handed over to Grand Master La Cassière and becomes part of the site of the original Grand Master’s Palace. Construction works of the first phase are concluded by 1580, with a façade leading on to today’s Pjazza de Valette.

Construction of the original main façade on Merchants street underway

The only building then on this site was the house of the Knight of Malta Francesco Lanfreducci, probably located at the corner of today’s Zachary street. 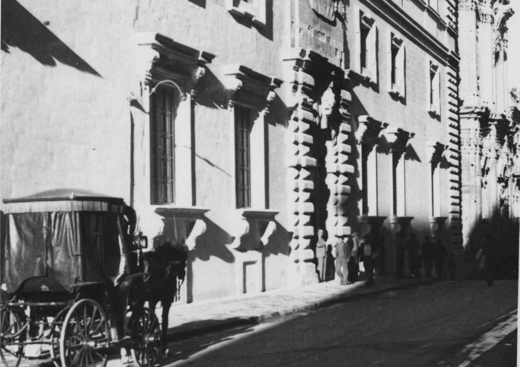 Opera continues to be staged at the Auberge mostly for Carnival festivities.

Extensive renovation works concluded, including works on the main façade of the Auberge

Most likely, these were personally funded by Grand Master Gregorio Carafa; the interventions on the main façade have been attributed to Architect Mederico Blondel.

The Italian Langue commissioned a bust with a decorative backdrop placed over the main doorway in his honour; the project was designed by French artist Raymond La Fagè, then active in Naples. 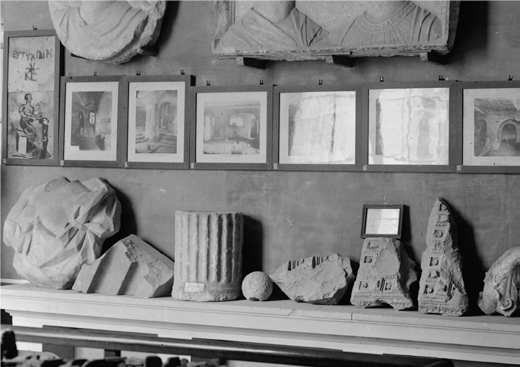 It had then been continuously subject to urgent repairs. The building was scheduled for demolition to be rebuilt to new plans.

The proposed demolition and rebuilding of the Auberge is definitely shelved

This is blocked by the Langue following a failed call for support from the different commandaries within its ranks.

The Auberge becomes a governmental building at the service of the military, as administrative quarters and as required from time to time. 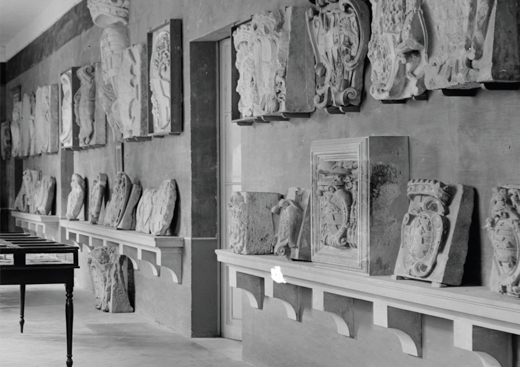 Plans are not implemented. In the following years, the upper floors of the Auberge d’Italie become the studio and residence of the artist Giuseppe Hyzler.

In the course of necessary refurbishment works, the main staircase, or Scala Grande, is completely demolished.

First proposal to set up a museum at the Auberge d'Italie

Dr Enrico Mizzi officially proposes in Parliament that the collection of paintings being gathered by Vincenzo Bonello is formally set up as a museum in the Auberge d’Italie. 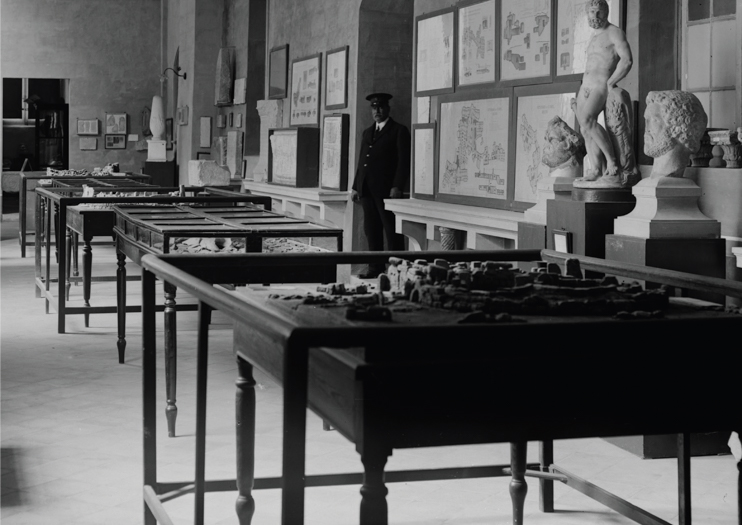 The Auberge became the seat of the Valletta Museum

This was a museum of the history of Malta featuring archaeological, artistic, numismatic and natural history collections. It also included a conservation laboratory for works of art. Its first director was the renowned archaeologist Sir Themistocles Zammit, who also concurrently ran the Museums Department. It was officially inaugurated on 19 November 1925.

The Notarial Archives, then still on site, and the natural history collections located in the basement suffer extensive damages.

The Valletta Museum collections are removed from the Auberge and the law courts moved in temporarily, due to the damaged state of the Auberge d’Auvergne (which previously hosted the courts) after the war 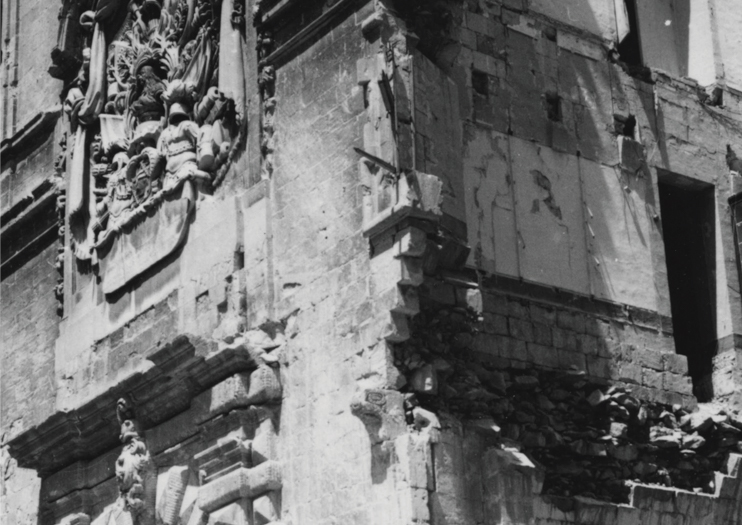 Works commence and some items are transferred, however the decision is reversed in 1971, when Admiralty House is earmarked to host the fine arts collection.

The ground floor also functions as a post office.

The Auberge becomes the seat of the Ministry of Tourism and later also the Malta Tourism Authority.

The Auberge becomes once again a museum, the seat of MUŻA. 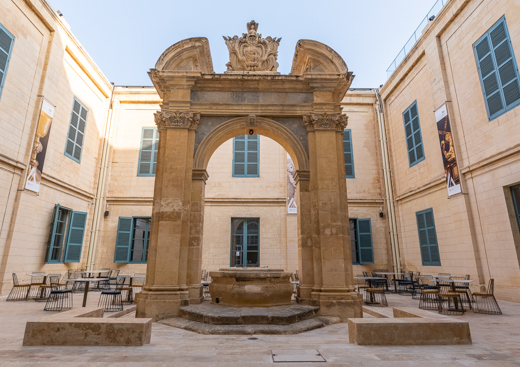 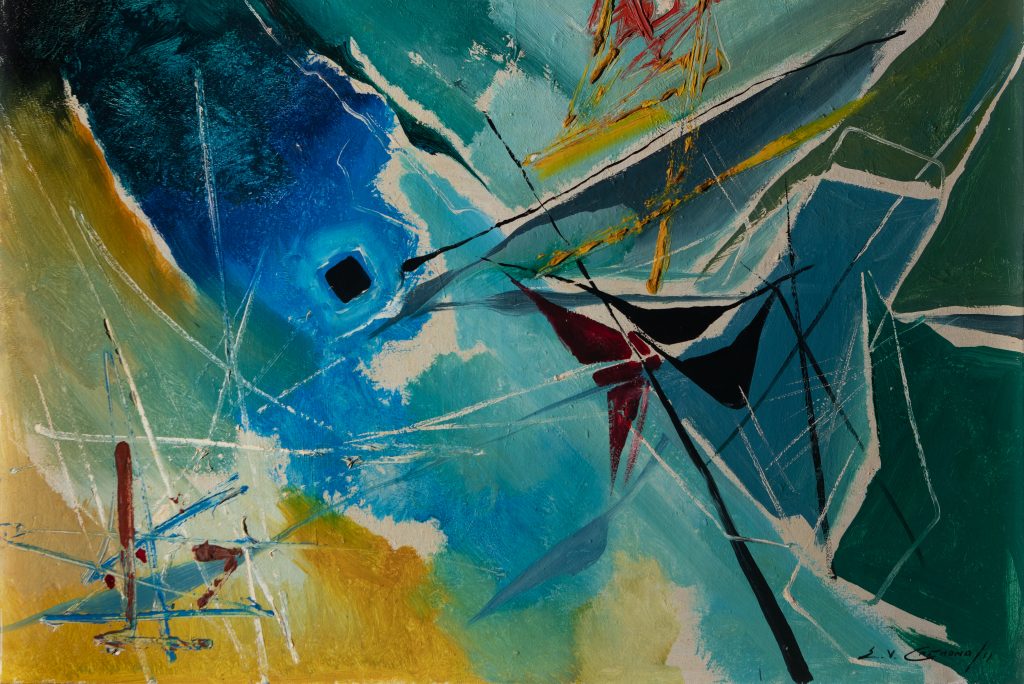 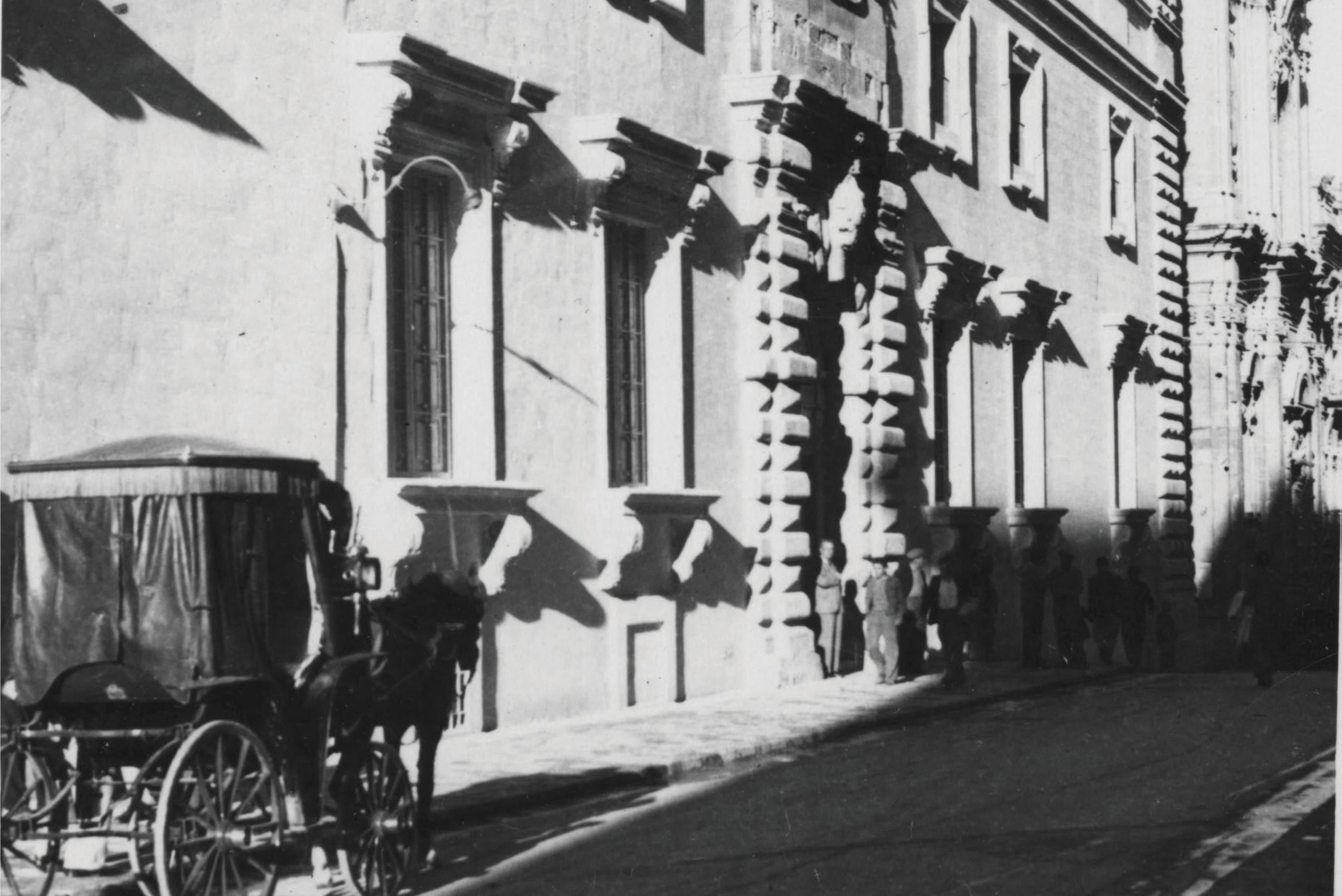 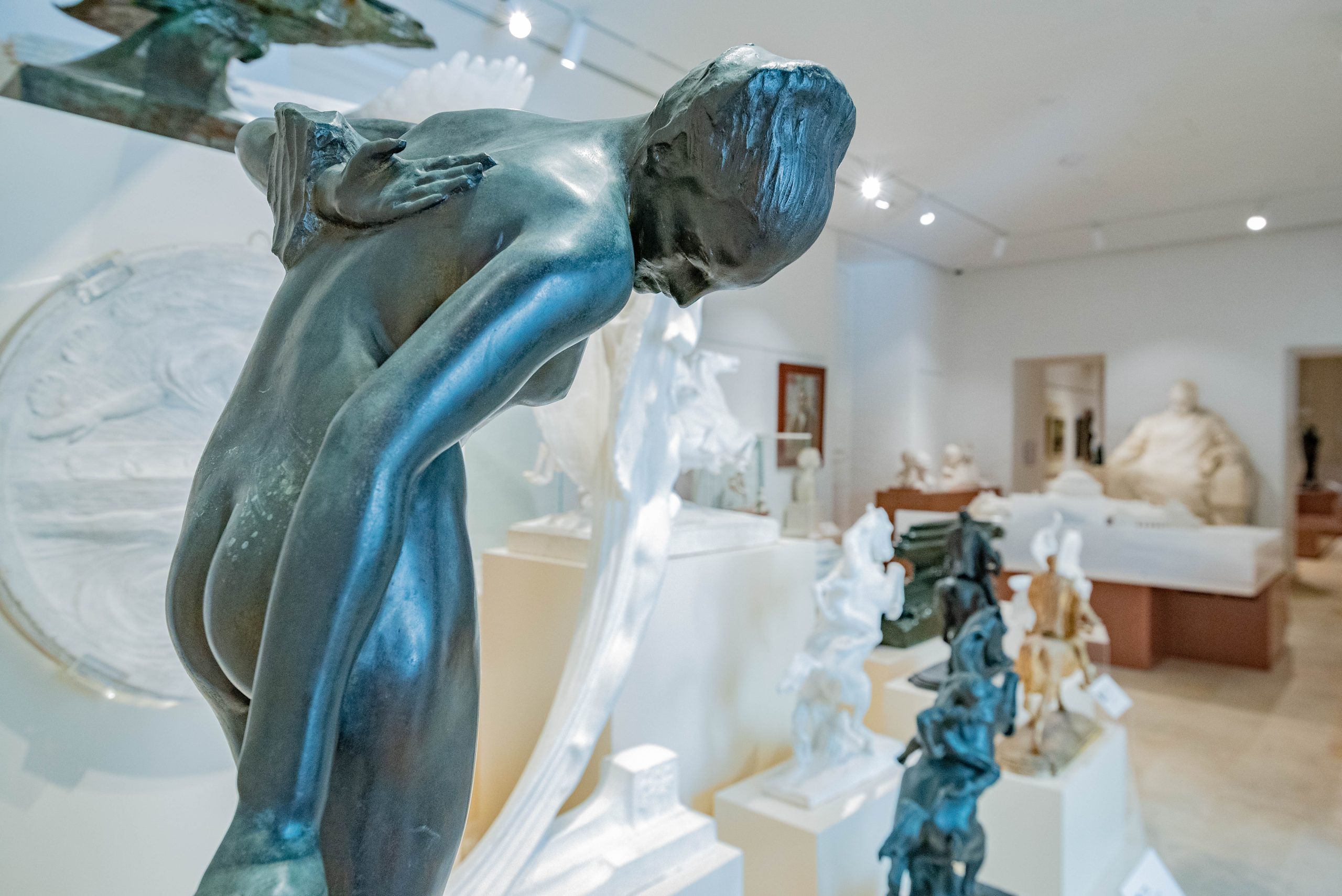