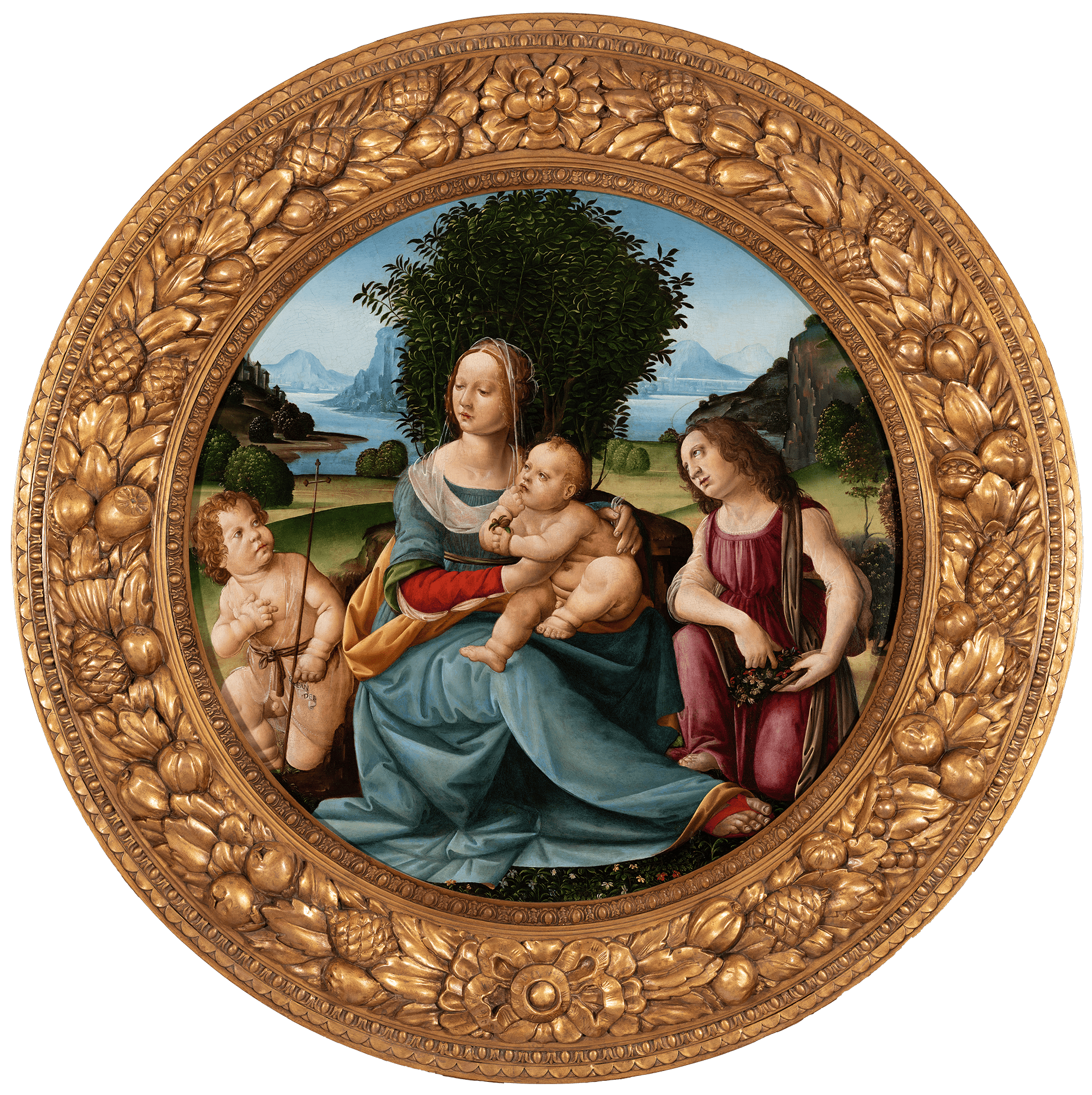 This tondo is plausibly ascribed to Maestro Tommaso who spent a considerable part of his career training and working in the studio of the Florentine painter and sculptor, Lorenzo di Credi (1459-1537). Di Credi’s formation was at the workshop of the renowned artist, Andrea del Verrocchio (c.1435-1488), where he had the opportunity to rub shoulders with fellow-pupils such as Leonardo Da Vinci (1452-1519), Pietro Perugino (1446-1523), Domenico Ghirlandaio (1448-1494) and Filippino Lippi (1457-1504). Following Verrocchio’s death, Di Credi inherited the running of his former master’s painting business and from henceforth mentored several pupils including the aforementioned Maestro Tommaso.

Maestro Tommaso was known for executing many tondo paintings where the Renaissance principles of compositional clarity, sustained by linear qualities, a balanced arrangement for the narrative, and a pervading quietude, were applied with notable dexterity. These features are seen in the tondo representing the Madonna and Child, accompanied by the young Baptist and an angel all gathered in a timeless stupendous landscape – more likely, an ideal and miraculous vision – lavished with calming blues and greens. Reflected in the mood of the silent interaction among the main protagonists of this painting, the imperturbability of the background is conveyed by the symmetrically placed verdant hills and bushes on either side of the composition. This accentuates the thickly foliaged tree that stands tall in the centre and rises splayed behind the Madonna. Indeed, this is a clever visual prop that not only contrasts with Mary’s light complexion by its dark green tones, but also symbolically acts like the back of a high throne that recalls her royal status.

The venerated Queen of Heaven is ‘enthroned’ in Nature, her seated position on the ground following on the tradition of the nativity of Christ. Although far from the Medieval concept of the hortus conclusus (closed garden), a bountiful earthly paradise in which Mary was represented within its four walls to symbolize her virginity, virtue and beauty, the background in this tondo imparts vestiges of this imagery by means of its expanse of open landscaped garden. Its perfect meadows, pruned bushes and especially the little flower bed at the foot of the Madonna hark back somewhat to Mary’s enclosed garden.

Beside their decorative effect, flowering plants have for long had a close connection with the Virgin and, in general, represent the botanical cycle of life, death and Christian resurrection. In a religious painting such as this tondo, the carpet of flora and the tuft of flowers held in the devout angel’s hands become meaningful as they collectively symbolize the Madonna’s chastity, maternal love and forthcoming suffering. Typical attributes to Christ’s pending sacrifice are present through other symbols: the reed cross with a long slender stem and the scroll inscribed with Ecce Agnus Dei (Here is the Lamb of God), the words uttered by St John upon baptizing Christ in the Jordan River. Hence, through the presence of the infant Baptist in this composition, Christ’s doom is implicitly foretold and Mary’s distant and pensive look undeniably manifests her foreknowledge of her son’s sacrificial death, possibly also implied by the early-spider-orchid held in the Christ Child’s left hand.

Judging from the adept manner with which the flesh tones, the smooth drapery folds and the transparency of the Madonna’s veil, the angel’s sleeves and the Baptist’s tunic have been depicted, Maestro Tommaso, the presumed artist of this tondo, learned his lessons well from Di Credi. While he may have relied on studio drawings and pattern books, Maestro Tommaso was capable enough of developing this painting without resorting to slavishly copying a Lorenzo di Credi prototype. This is corroborated by the pentimenti that showed up during non-invasive scientific investigations carried out by international experts. What also came to light is that these underdrawings were applied freehand and by brush, a modus operandi not typically implemented by Lorenzo di Credi who generally preferred the pouncing method of transferring the preparatory drawing onto the prepared panel or canvas.

Such important discoveries indeed uphold the claim, first proposed in the late 19th century by art critic, Giovanni Morelli (1816-1891), and revisited in the 20th century by art historian, Bernard Berenson (1865-1959), that this tondo is the outcome of Maestro Tommaso, plausibly under the watchful eye of Di Credi. Naturally, considering the long and deep impact Di Credi left on Maestro Tommaso, the stamp of the master remained inevitably resilient throughout the latter’s works. As a matter of fact, this tondo stylistically and iconographically closely approximates some of Di Credi’s autograph works such as the ‘Madonna and Child, two angels and the young St John the Baptist’ (Uffizi, c.1500-1520) as well as the ‘Madonna and Child with the infant St John and Two Angels (c.1490, Joslyn Art Museum, Omaha). Judging from such stylistic overlaps between mentor and pupil, there is, of course, no excluding the possibility that the tondo in this exhibition was the outcome of a joint effort between Maestro Tommaso and Lorenzo di Credi. 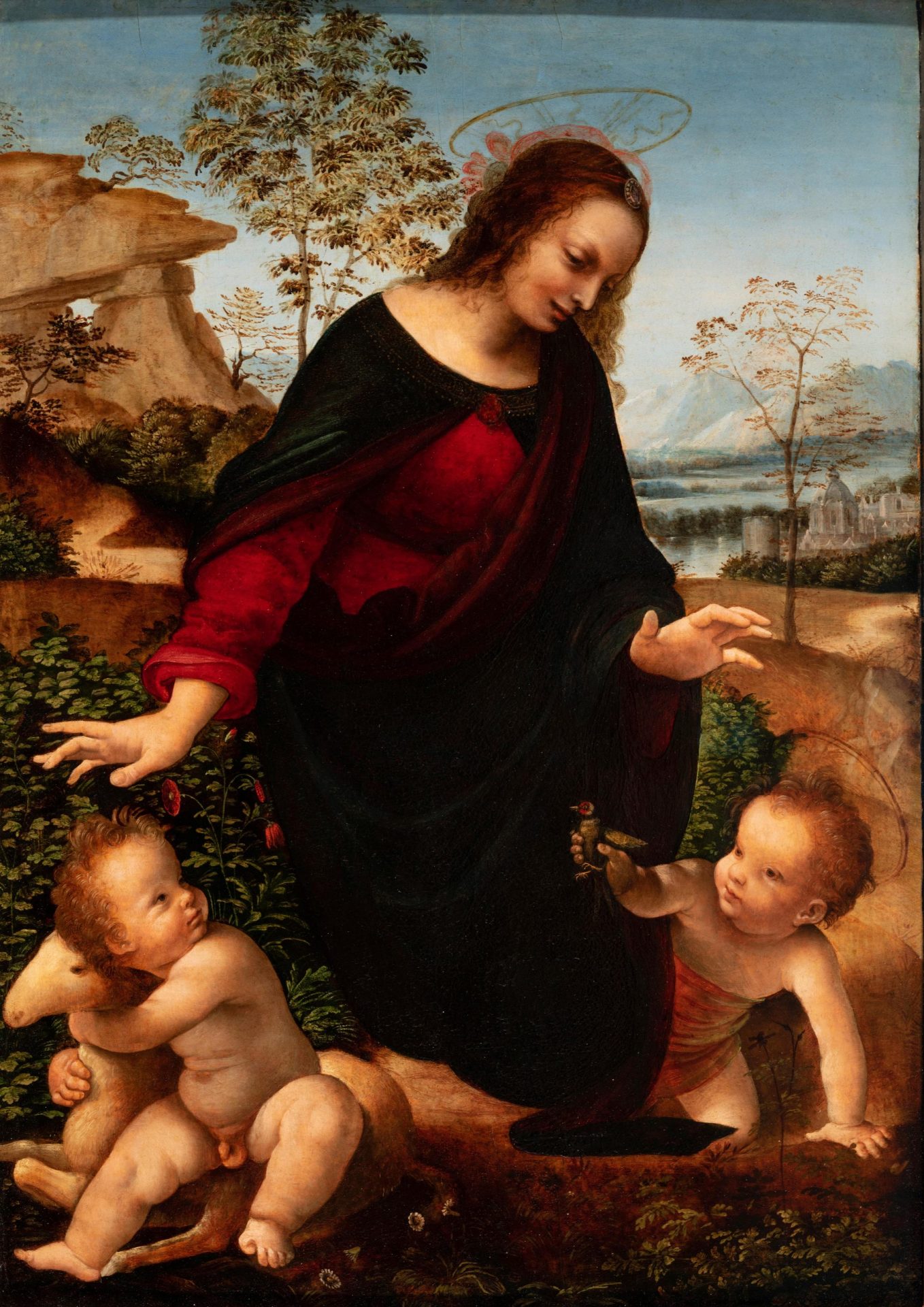 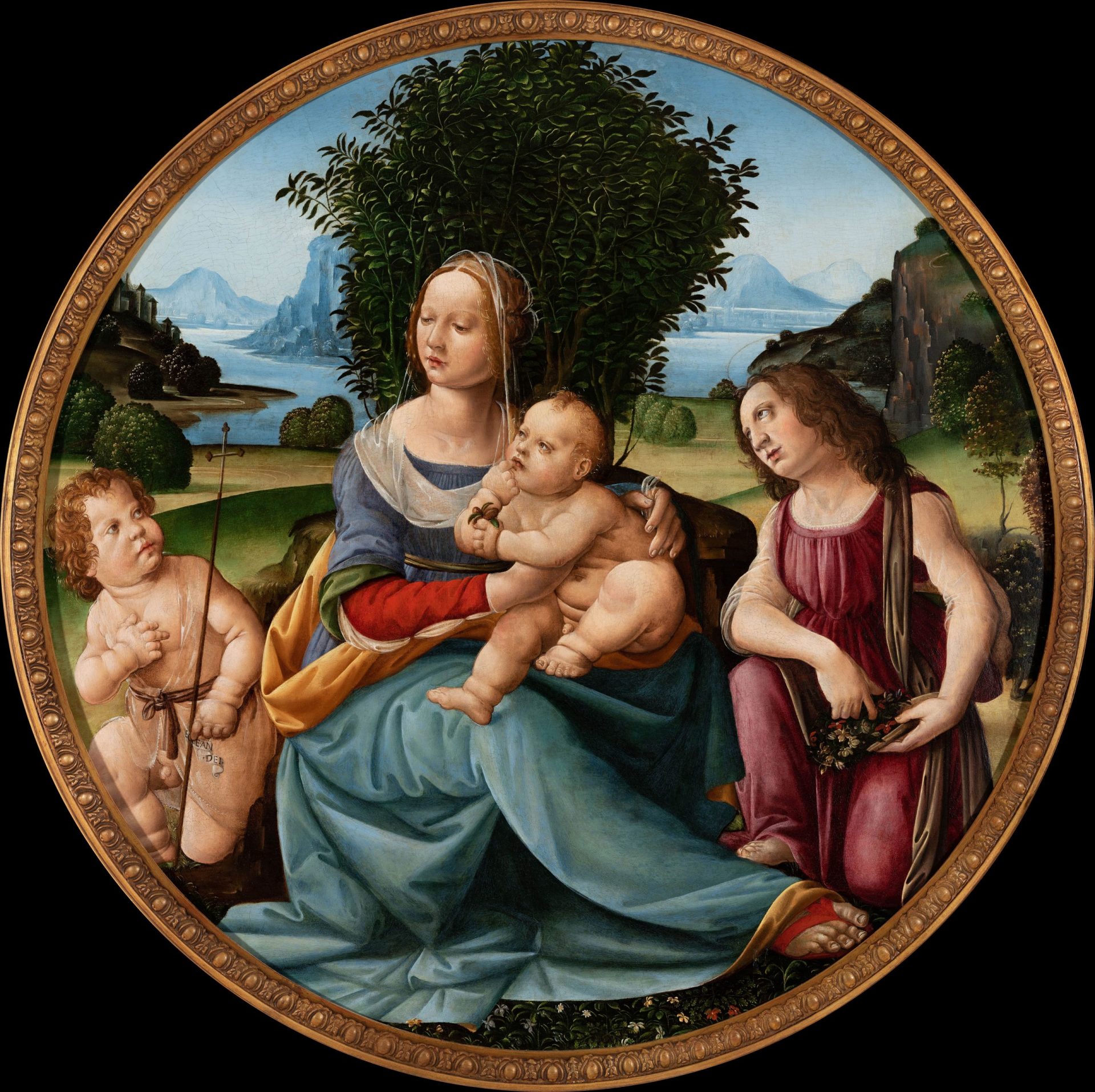 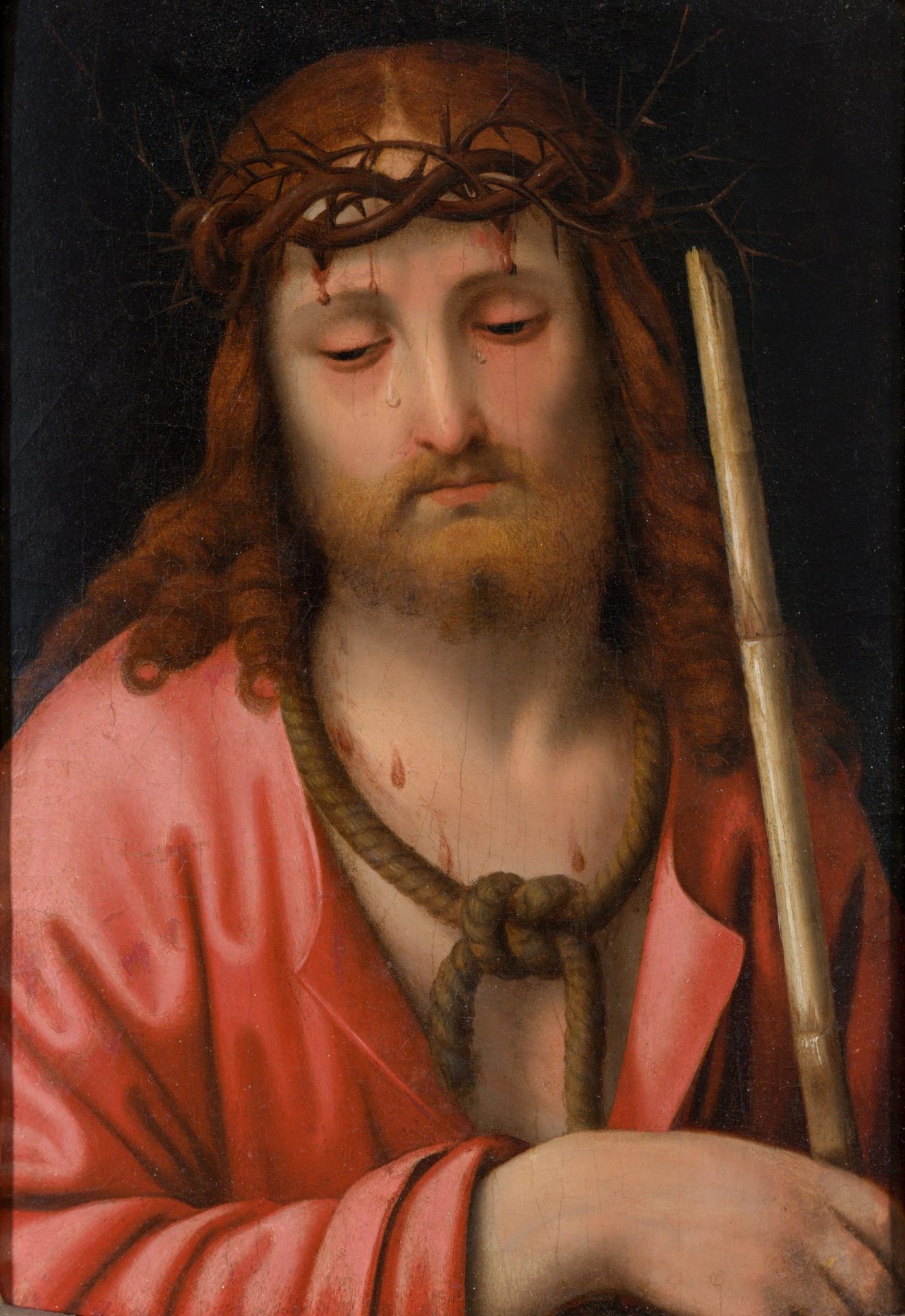